Our smartphones do not stop progress. Generation after generation checks how smartphones incorporate more powerful microprocessors, memories of more capacity, higher quality displays, more flexible and faster communications technologies … Virtually all components of our phones constantly improving, except one: the battery.

Most users miss our smartphones have greater autonomy than at present that does not force us, as do most of the models, to charge the battery every day if used with a certain intensity. However, lithium ion batteries have hardly changed in recent years.

“The autonomy of our smartphones will improve dramatically when resorting to a new battery technology.”

Currently, the manufacturers of components used in the construction of smartphones are striving not only to improve the performance of their products but also to reduce consumption, especially in the case of more energy demand, such as the SoC and screen. Those responsible for the operating system also have a margin of important when making better use of hardware resources and less energy-consuming maneuver.

Users perceive these improvements, but are shy and in no case can be equated to the developments that are experiencing other components of our smartphones. It is clear that the only way that the autonomy of our phones a truly significant leap forward involves developing a new battery technology that exceeds once and for all the limitations imposed by technology lithium – ion battery used by manufacturers today. 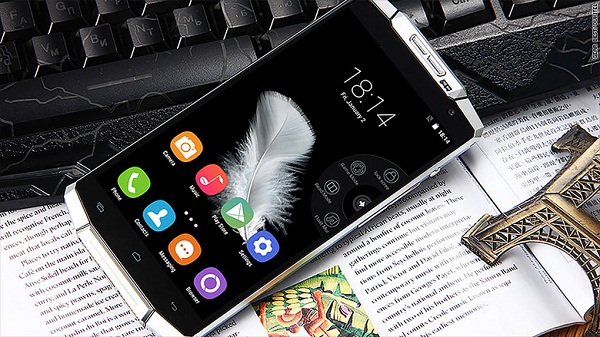 Lithium ion, a technology about to stagnate

The lithium – ion batteries using not only our smartphones, but also our tablets and our laptops, and other devices still have a long way to go ahead. Still, it is very unlikely that engineers get develop this technology much more, at least enough to allow us to provide our electronic equipment for a much higher than the current autonomy.

In any case, we should not underestimate the contributions made by the lithium ion technology. Thanks to it, we managed to overcome problems associated with other techniques, such as the memory effect or a small number of regenerations. We can load and unload partially practically at will, and, in addition, we offer a number of cycles fairly high load, which normally ranges between 700 and 1,000 cycles (if you want to find out how you can increase the life of the battery of your smartphone do not miss this other post ).

However, despite all these advantages, lithium-ion batteries are not perfect. They are quite expensive, have high sensitivity to high temperatures (which has forced manufacturers to introduce security measures to prevent combustion), recycling is expensive (until recently had no plant that could make this process, so it was necessary to send the batteries to Germany to recover cobalt and lithium), and what users most regret, it seems that we have reached the density limit power of this technology, or at least to engineers have left very little room for maneuver, so, as I mentioned earlier, it is very unlikely to see major advances without recourse to other technology.

More than two years ago we discovered that the Cupertino company had filed in the United States Patent and Trademark Office reports describing some new batteries that were using hydrogen as fuel. To all who follow this news we found it difficult to contain the emotion to discover that thanks to this technology could access smartphones with a range of not one or two days at most, but several weeks.

In addition, batteries with hydrogen fuel cells would be lighter than lithium ion, so our phones, in addition to seeing increased autonomy, would weigh less. However, these are not the only advantages. Grosso modo, the scheme of operation of these batteries is to transform the chemical energy that provides hydrogen and oxygen into electrical energy, so the only waste that we get is water, which is harmless.

However, it is possible that precisely the accumulation and management of water is one of the problems arising from the use of this technology. As I mentioned before, it’s been over two years since Apple revealed it was working on this innovation, and since then we have not heard anything more about this technology. This does not have to mean that they have abandoned, but it probably has yet to evolve until it can be used in commercial devices.

The technologies that make their way in the laboratory

Fortunately, there are many alternatives to hydrogen batteries in which Apple is working; the stack of methanol being developed by Toshiba, at least, five years is one of them. This Japanese company has unveiled several prototypes of electronic devices equipped with a battery that uses cells methanol (DMFC), and in early 2009 announced that it was about to install an assembly line at its factory in Yokohama to produce this type of cells.

The main advantages of this technology are its efficiency (a cartridge of 70 cubic centimeters allows a PC to work for about 5 hours) and a charging time virtually nonexistent (only have to fill the tank with methanol, and ready). However, it has been compromised by the flammable nature of methanol, which seems to be seriously undermined its approval so it can be used in domestic applications.

Another interesting alternative is the lithium-air battery in which IBM works for several years. This technology combines several sheets of carbon designed to absorb oxygen from the air and thus generate electricity by combining with lithium ions. According to the US Company the only residue that will get oxygen, but, unfortunately, this technology cannot be used commercially at least until early next decade.

More innovations, the technology of carbon nanotubes is another of those that seem best positioned to reach the market in the near future. It could offer a range ten times higher than that of lithium-ion batteries, the charging process will be much shorter, and furthermore, these batteries just degrade. Does the catch? The usual: they still take to be commercially available (probably will not arrive until about to expire this decade).

The technologies we just go over are the most promising. In fact, with all the autonomy of our smartphones grow in a very remarkable way. However, are not the only ones that scientists and engineers are working? Wysips French company is considering the possibility of using small solar panels installed on our devices directly (there are already some prototypes). In addition, Nokia said while a curious strategy: to transform the electromagnetic radiation emitted by mobile phone masts, television and WiFi access points into electrical energy.

There are even projects that aim to store energy in compounds of cellulose and carbon nanotubes. But the more peculiar idea considering the possibility of inserting zinc oxide between two electrodes, so that the metal particles oscillate by receiving the vibrations of sound waves, generated, thus, electricity. All are interesting solutions, but they still have a long way ahead to be commercially viable.

The challenges of graphene and lithium-sulfur

“The batteries may be charged graphene in 5 seconds and have a service life of 10,000 load cycles”

I left for the end of the post the two technologies that, in my opinion, have a more promising future, though for very different reasons. The first of these is being developed at the Oak Ridge National Laboratory in Tennessee (USA), known as solid lithium-sulfur. This innovation combines lithium oxide and sulfur – rich compound to create a battery with an energy density four times higher than current lithium-ion batteries. In addition, according to its creators, you will have a very competitive price and be very safe. It is still in the laboratory, but could begin to be implemented in commercial products over the next two or three years.

The latest technology in which we will stop is the graphene, an innovation of which I have spoken, and could revolutionize user experience by allowing us to enjoy not only a much higher autonomy to which we currently offer polymer batteries lithium, but also a time of incredible burden. Just it would take between 5and 10 seconds to load our smartphone a real dream. In addition, its duration will be much higher (may reach 10,000 charge cycles) and have a minimum thickness (the graphene layers have a thickness of a single atom), so hardly increase the size of our smartphones. No doubt: We are all waiting for this improvement. Let us hope that comes soon.

Here comes the battery that is charged in five seconds, we will see soon in our phones

Researchers could have made one of the greatest advances of the decade to introduce a new type of battery that radically revolutionize the vital and controversial picture presented current batteries for mobile devices (currently Lithium-Ion).

We know that the graphene is a material that will stand as an important cornerstone in the future of technology, but for now, we began to see gradually their most viable fruits thanks to the discovery, in this case, of batteries that would take only 5 seconds to load.

A future revolution in the world of mobile devices

This new type of batteries are called ‘supercapacitors microscale based graphene’ and not just its speed loading and unloading is impressive, from a hundred to a thousand times faster than current batteries ( we assume that they will try to squeeze the benefits of fast loading, not discharge), but its size is that of a layer of a carbon atom thick.

With these dimensions, their benefits would be tremendous when designing a product of small size (a mobile, for example). This new invention is so versatile that its use can be applied to both gadgets and electronic devices such as electric cars.

Richard Kaner, a professor of Materials Science and Engineering at the Henry Samueli School of Engineering and Applied Sciences at the University of California, Los Angeles (UCLA), part of the research team that developed this technology, stated the following on the difficulties of making a current battery:

Incredibly, this new technology has been made of a virtually way home: thanks to a DVD burner.

As he commented Kraner:

It would be possible even manufacture them ourselves, coming to the point of needing them in particular:

The process is simple, cost-effective and can be done at home. One only need a DVD burner and graphite oxide dispersed in water, which is commercially available at moderate cost

Currently, the research team has discovered this amazing technology looking to partner with manufacturers of devices to produce their “micro super condensadores mass”.

Is this the evolution that needs mobile terminals and next – generation devices to give a qualitative leap only imagined so far in pieces of fiction such as movies or books?

I hope that the news on the progress of this new and interesting technology is most often repeated in the coming months.