As this report by CIPD looking into growing the health and well-being agenda suggests, some of the most forward thinking businesses are now looking into all aspects that support the health and safety of employees. Crucially, official bodies are also celebrating this approach too.

The UK Government’s Foresight research documented that mental ill-health costs in the UK are over £100 billion, with sickness absence, presenteeism and regrettable labour turnover costing the UK economy a staggering £27 billion.

What the CIPD report also references is the key role in which HR can play in tackling a number of these issues, with better company cultures helping to contribute towards employee wellness on multiple levels. 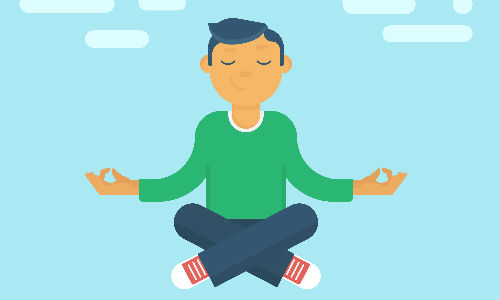 Some of the key domains of employee well-being that are not associated to monetary reward, such as strong peer relationships, a values-based culture and positive team working, are reported as being important to achieving a ‘more sustainable and motivated workforce’.

But what role do employee recognition programs have in promoting employee wellness?

It’s difficult to separate the numerous elements that contribute to staff happiness and well-being as emotions can be linked to non-work issues. However, whilst identifying a direct cause and effect relationship is tough, the evidence that links a sense of engagement and positive recognition with the better health and well-being of employees is growing.

Both physically and psychologically, research suggests that engaged employees benefit from a more positive state of well-being.

The clear benefits for businesses large and small of this include lower employee absenteeism and also a reduction in staff turnover. Interestingly, positive employee well-being also helps to lower accident rates. A report by Gallup in 2006 documented that bottom quartile organisations in terms of staff engagement averaged a staggering 62% more accidents than those in the top quartile.

Happier employees were found to make more healthy decisions with their lives as well and as such were in better physical shape than those who were disengaged and unhappy, such as exercising more frequently and eating healthier.

The Shift Towards Sustainable Well-being

Only until recently, the primary focus of health and safety was on the negative impact of getting it wrong; protecting employees, ensuring legislation compliance and ultimately avoiding tribunals.

However, employee wellness initiatives have become less of a health and safety add-on and have been brought front and centre stage as businesses look to create happier, healthier, more engaged and highly motivated workforces.

The broader sustainability of well-being to organisations is an important shift, with recognition an important component in creating supportive relationships and a company culture for which employees can see the benefits to being a part of themselves.