A new report from the Institution of Mechanical Engineers (IMechE) has urged the UK government to implement a multi-modal strategy for freight transport which will work to reduce congestion, provide a boost to the economy and improve levels of air quality, as the current system is not as efficient as it could be. 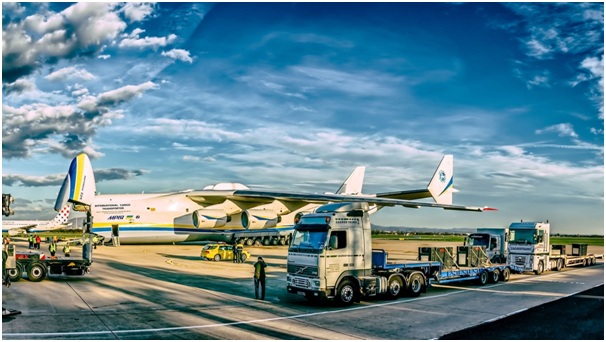 The ‘UK Freight: In for the Long Haul’ report raises issues that it believes the haulage industry and the government need to address as a matter of urgency.

It states that up to 30% of the haulage vehicles that use the UK’s transport network are empty, resulting in around 15 million miles being driven that aren’t necessary. The haulage industry is a major contributor to carbon emissions and is responsible for around 20% of all the emissions produced in the UK.

The proposals that the IMechE make in the report are that a national strategy could implement the introduction of ‘urban consolidation centres’, which could use a range of industrial shelving styles, such as rivet shelving, so companies could organise joint local deliveries, thereby reducing mileage and saving money.

Another area the report examines is the efficiency of air cargo, particularly when perishable goods arrive at Heathrow and are then transported to Cambridge, where they are tested. This process can take around 24 hours, and the Institution points to the example of Frankfurt Airport, where laboratories have been constructed near the airport. The building of such a complex here, using the type of shelving available through suppliers such as https://www.rackzone.ie, would make the process quicker and reduce costs.

The report from the IMechE also highlights the efficiencies that could be made within the freight shipping sector. The UK’s major ports handled 22.8 million units in 2014, and 91% of all the deep-sea goods came through Felixstowe or Southampton, but Liverpool would be a better option. 65% of the population is within a 150-mile radius of this port, so moving more imports and exports here could reduce road miles by 150 million and truck journeys by 200,000.

The IMechE believes that the government needs to implement a strategy that changes how the freight industry operates. This would produce efficiencies while at the same time improving air quality, reducing congestion and supporting the economy.