Transportation is a fundamental consideration for businesses. Managing it poorly is a competitive disadvantage, and managing it well can deliver enormous growth (think AO or Amazon). 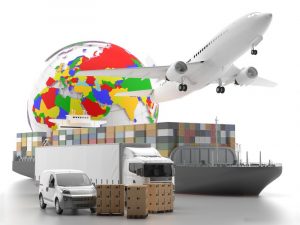 The Road May Not Be a Smooth One

Driverless cars are on the backburner following accidents, and more modest plans for “smart motorways” are in trouble too.

In January, the police and crime commissioner for South Yorkshire urged the Transport Secretary to abandon “smart motorways”, saying they are “inherently unsafe”. The letter followed a coroner’s verdict that two M1 deaths near Sheffield were caused by an Active Traffic Management (ATM) system, concluding ‘smart motorways present an ongoing risk of future deaths’. Sections of the M1, M6 and M25 fitted with ATM have seen collisions rise six fold. The chief of the Police Federation has also described them as “a death trap”, and a grassroots campaign, “Smart Motorways Kill”, was formed in 2019.

Despite the setbacks, no one disagrees that driving should be safer, cleaner and cheaper. Both the environment and business logistics have much to gain.

One of the most promising applications, eventually, will be assisted driving. When vehicles tell other vehicles where they are and what they are doing, both human errors and driverless AI errors will virtually be eliminated. They will also be able to feed information about incidents or developing faults to smarter ATM systems, enabling them to avert tragic consequences. In the M1 incident it appears the ATM directed traffic on to a hard shoulder already blocked by a minor incident. That would never have happened.

We’ll have to wait a while for IoT assisted driving, but many IoT benefits are available now. A simple console such as the Tele-Gence from https://www.fuelcardservices.com/ can report vehicle location, wasteful engine idling, speeding, monitor MPG and actual distance driven, direct drivers to cheaper fuel outlets, provide traffic alerts and numerous other programmable parameters to maximise fleet value for money.

For example, fuel cards are a good way to prevent unauthorised expenses, but to issue the right cards and leverage loyalty schemes you need to know where vehicles refuel. The IoT provides the information to ensure routes and driver decisions realise maximum benefit.

Another example is vehicle maintenance. If vehicle performance is deteriorating, you can adjust the service schedule to deal with it.

IoT consoles in cabs are already catching on quickly, and shipments of them are expected to exceed 76 million by 2023. Connect your vehicles before your competitors do.