Sadly, war drives technological change.  The second world war was one of those that provided us with a huge amount of change. Focusing on the positives, the war gave us penicillin,  superglue, jet engines and the RADAR system to see them through, plus a desire to create a decent welfare state and a National Health Service. One thing it also gave us was the mobile phone. That’s not exactly true. Allied Soldiers weren’t texting from the front line to their friends and family back home, but something that the US Army was using was going to change everything for all of us. 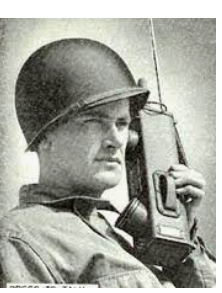 Those “Doughboys” and “Tommies” might have wanted to use a Vodafone Store Near Me, like King Communication if they had had the chance. Battlefront communication is difficult at the best of times and radios, whilst effective, were large and cumbersome. They had to be carried in a backpack and wound up furiously to get the battery going. A small short-ranged option was needed. 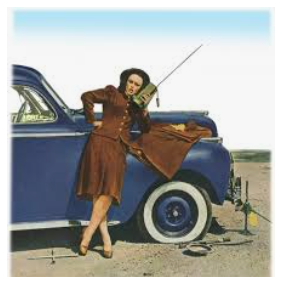 This was the walkie-talkie. A smallish radio device that the battle leaders could take into the conflict and use to relay instructions and situations to each other. It allowed for a great chance of being able to react to the fight around them.

Small radios had a very limited range and were still very large and cumbersome to carry around. However, the idea of a personal communication device was planted in our minds.