Paylocity, like many companies, brands itself as offering the best services for its clients. Unlike many, however, this online payroll and human resources solutions provider intends to follow through on such a claim. The company is currently undergoing new IT efficiencies, having replaced its last spinning disk array with a Pure Storage flash array as part of an effort to adopt new tech strategies that will save the company time, money and storage space. 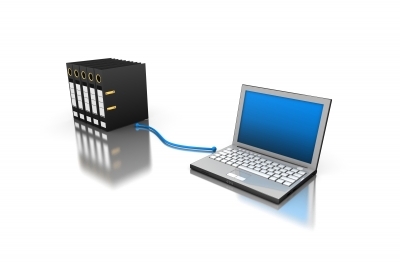 A Step Forward in Storage Capabilities

Solid state storage, the darling of storage media enthusiasts, works by using electrical switches. It generally lasts longer than its counterpart, it doesn’t crash and it costs less to operate. Spinning disk storage, on the other hand, is what your typical hard drive is based on. It produces a lot of heat from the mechanical movement inherent to its read/write functions that necessitate more energy be spent on cooling the hard drive. Today’s hard drives aren’t exactly prone to crashing, but they’re also not exempt from the grim reality of disk malfunction.

Paylocity relies heavily on technological stability, and if its servers go down, its product goes down. This is one of the reasons it committed to going beyond modern data center standards. The payoffs have been considerable, leading Brian Palmer, a Paylocity VP to remark, “The benefits and efficiencies have been immediate and tangible.”

The Real-World Benefits of an All-Flash Array

In numbers, the difference is substantial. Paylocity saw the following changes after making the switch:

Switching to flash storage, then, seems like an easy choice, but the startup costs associated with the medium have prevented businesses from embracing the technology. However, things have changed thanks to an up-and-coming tech company.

Pure Storage burst onto the scene in 2009 with a promise to make flash storage affordable. The company is currently on the road to becoming publicly traded, thanks to a recent $150 million Series E funding event. This marks the largest private funding event for the enterprise storage industry.

The storage start up has been championing flash for four years now, and with great success. While other companies are dipping their toes into the water with hybrids, which are a blend of flash’s performance boons with the capabilities of spinning disk storage, Pure Storage has kept things cleanly flash. Despite hybrids gaining immense popularity, they negate space-saving benefits, performance speeds and power reduction.

Also setting Pure Storage apart from its competitors is its customer acquisition strategy. 95 percent of Pure Storage clients come from channel partners and the companies they convince to make the switch. Many of these deals are coming straight from their competitors who also sell hybrid storage. It’s a bold strategy befitting a bold company.

No matter what lies on the horizon, Paylocity is ready for it with their all-flash storage arrays. And vendor Pure Storage is ready to face anything, too, with a fresh budget influx rounding off already lovely profit projections.