The design of Windows has always been a subject capable of generating passions. While for many the Microsoft operating system has always seemed pretty ugly, even with everything that has improved its standards since the arrival of Windows 10, for others it is so familiar and pleasant that they defend it tooth and nail.

What we can not doubt much today, is that something like Windows XP would be quite old-fashioned, not to say “horrible” and hurt sensibilities. This is where this concept comes from the designer Kamer Kaan Avdan , who shows us his idea of what Windows XP would look like in 2018 . 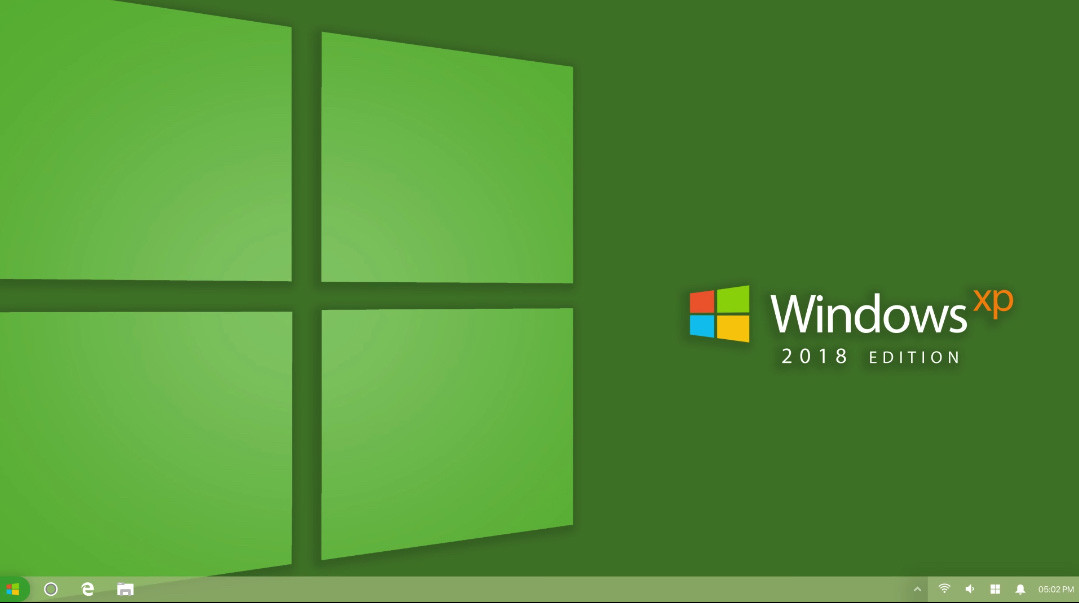 The truth is that the changes are both subtle and drastic. The color palette remains fairly intact , but all the reliefs and sharp edges of the old Windows XP design say goodbye. It is basically a Windows XP with flat design.

It is neither Modern, nor Fluent, like the design languages ​​that Microsoft introduced later, in fact it looks more like Google Material Design if it gives us to make comparisons.

Avdan redesigned almost everything , the welcome screen, the login screen, the desktop (there kept the classic field wallpaper), the start menu, the file browser, the taskbar icons, the shutdown menu , an email app, and even created alternative green, gray, and blue themes.

More than a redesign of Windows XP we could take the concept as a theme for Windows 10 , since the start menu follows the same style with tiles and recent apps, it also shows a taskbar with Microsoft Edge and Cortana, and also shows the virtual desktops

The browser is almost the same as what we see in the real Windows 10, but a more minimalist and clean concept. Honestly, it does not combine with those icons a bit.

Whether you like it or not (in Genbeta we had some mixed feelings about it), it’s interesting and even funny. Not that the bar was too high for it to be too difficult to make Windows XP look better, especially with modern design styles.